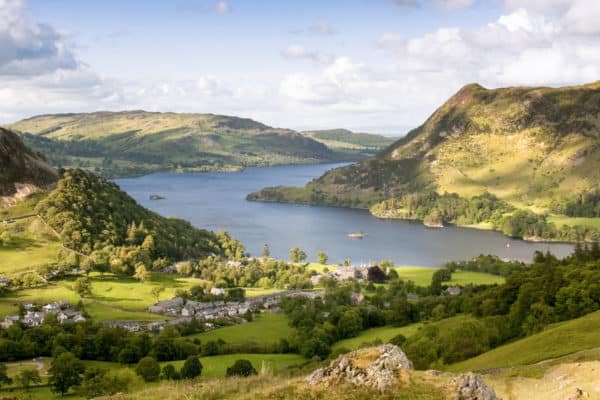 As an interesting Yorkshire town, with a lot of mainly Victorian architecture and thriving culture to entrance visitors, Halifax is forever associated with Anne Lister, popularly known as ‘Gentleman Jack’ after the BBC/HBO TV series of the same name. However, it is also a town surrounded by many other interesting locations. If you have time for a day trip or two from Halifax, where should you turn your attention? We have got some suggestions that will certainly make your holiday in Halifax and Yorkshire special.

Nearly 2000 years old, with Roman roots, York was originally called  Eboracum which probably meant the place with yew trees. Take a walk around the ancient City Walls, explore the 13th century York Minster, a Gothic cathedral, which is the second most important in the country after Canterbury. Admire the medieval stained glass windows and imposing bell towers. Stroll through The Shambles, with buildings dating back to the 14th century, climb Clifford’s Tower, the last remaining part of York Castle. Find out about the Vikings at Jorvik and if you have time, take a trip to the National Railway Museum. The easiest way to travel is by train via Leeds, just 1 hour 15 minutes. Find out more here.

Just 2 hours from Halifax by a direct train is Chester, founded as a Roman fortress in the 1st century with distinctive Roman walls made of red sandstone. Walk to the Roman amphitheatre with its ongoing excavations and then take in some retail therapy in the Rows, Tudor style half-timbered buildings with 2 level covered arcades. Follow this by a visit to Chester Zoo, which at 125 acres, is one of the largest zoos in England with over 27,000 animals.

Blackpool is a lively seaside resort on the Lancashire coast with a much more recent history dating from the mid-19th century. Yorkshire and Lancashire textile workers would come here for their holidays and fun was had by all. It’s still a fun place with its world famous pleasure beach, a very lively theme park with many thrill seeking rides.  For a different experience, take a trip up the Blackpool Tower, which opened in 1894 and discover stunning views, a 4D Cinema, a Ballroom, and a Circus. More delights include the Opera House & Winter Gardens, Madame Tussauds and the famous Blackpool Illuminations which will be shining from 30 August to 3 November 2019. Six miles of the Promenade are lit up with what has become known as the greatest free lightshow on earth. See here for more information.

4 How about a football match?

Halifax does have its own team, Halifax Town, but if you are looking for premier league action, you don’t have far to go. Take a train to Manchester and watch the reds at Old Trafford or the blues at City . For a smaller more intimate experience, why not visit Turf Moor and watch Burnley FC, nicknamed The Clarets? Or for a high flying championship team, how about a trip to Elland Road and see Leeds in action?

5 A trip to the Lake District

Slightly more difficult to get to by train (although it is possible via Manchester to Kendal or Keswick), the beautiful Lake District National Park is only about 2 hours away by car. Carved by glaciers, this impressive granite landscape is dissected by many lakes such as Wastwater (below) Windermere, Coniston Water and Thirlmere. Separating them are the highest mountains in England, Scafell Pike 978m and Helvellyn 950m Explore honeypot sites such as Ambleside and Grasmere where William Wordsworth lived at Dove Cottage or take a visit to Beatrix Potter’s house near Hawkshead.